You Deal With It 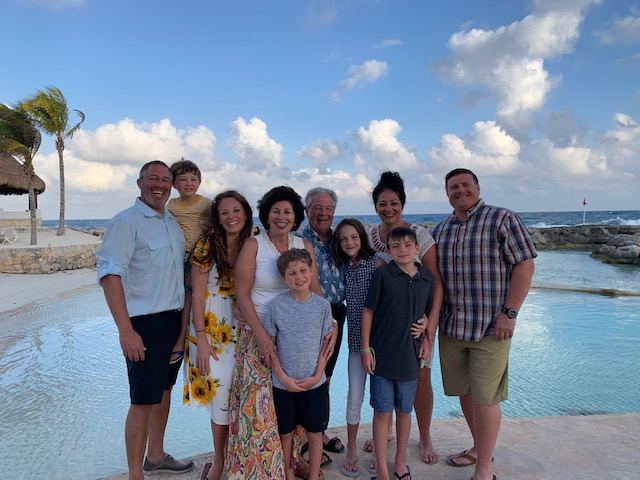 Finding the humor in travel is absolutely necessary to have a successful trip. Things will go wrong, you can count on that!

My intent of writing a travel blooper blog was to have a few stories in one. However, this one from my dear friend Gabrielle deserves its own post. Enjoy!

“It was a family trip a few years back.  7 of us flying to Arizona to meet up with the grandparents.  4 grown adults, 1 of whom was pregnant and 3 kids under the age of 6.  We were ready for the flight with our bribery packages filled with gummy worms, sprees and chocolate peanut butter eggs.  Our 3 hour flight took off with no problems.  Kids were excited about their own headphones and a movie they could pick on their own!  Plus the goody bags we passed around freely kept everyone entertained!  All was going great until about 15 minutes before we landed, when the turbulence kicked in.  My pregnant sister-in-law, Nicole and I were seated in the same row as Amelia, the 6 year old.  My brother, Nick was sandwiched between the boys, 4 and 3.  My husband, Eric was across the aisle for them.  The plane started rocking and my sister-in-law and I braced ourselves for our own motion sickness.  It came in waves and we focused on breathing.  Everyone else seemed to be doing just fine…UNTIL…the one drop.  You know the drop I’m talking about.  The one where your stomach gets caught in your throat and you have to force yourself to breathe in and out to push it back down again.  While we were holding hands and saying our Novenas, the boys started to turn a shade of green.  The 4 year old was the first to go!  He looked directly at my brother, was able to spit out “i don’t feel good” and then barfed all over both of their laps.  Nick scrambled to find a bag.  Turns out those barf bags on planes aren’t nearly as plentiful as they used to be.  As soon as he found a half torn bag with chewed gum stuck to it, the 3 year, without warning, barfed on his own lap.  My husband knew to jump in the mix and help out.  Nicole and I don’t do barf…at all…ever.  So we were no help at all, focusing more on not adding to the barf bucket.  The planes lands, everyone in front of us immediately stands up because that’s what morons do now.  We weren’t going anywhere quickly.  The boys were being stripped down, oversized shirts were thrown over them and as soon as the aisle cleared up, we each grabbed a boy and Amelia and took off, leaving the guys to clean up the mess.  When we finally made it to baggage claim, my parents were waiting, so excited to see us, with open arms.  Both boys were still a nasty shade of green and they immediately knew the flight was a rough one.  They each grabbed a child and cleaned them up, changed their clothes and got them water.  Nicole and I threw some water on our faces and I ordered a cold beer at the first bar we saw.  Have kids they say….it’s fun!”

Want more? Here are some that are sure to make your day!  Embarrassing Travel Stories